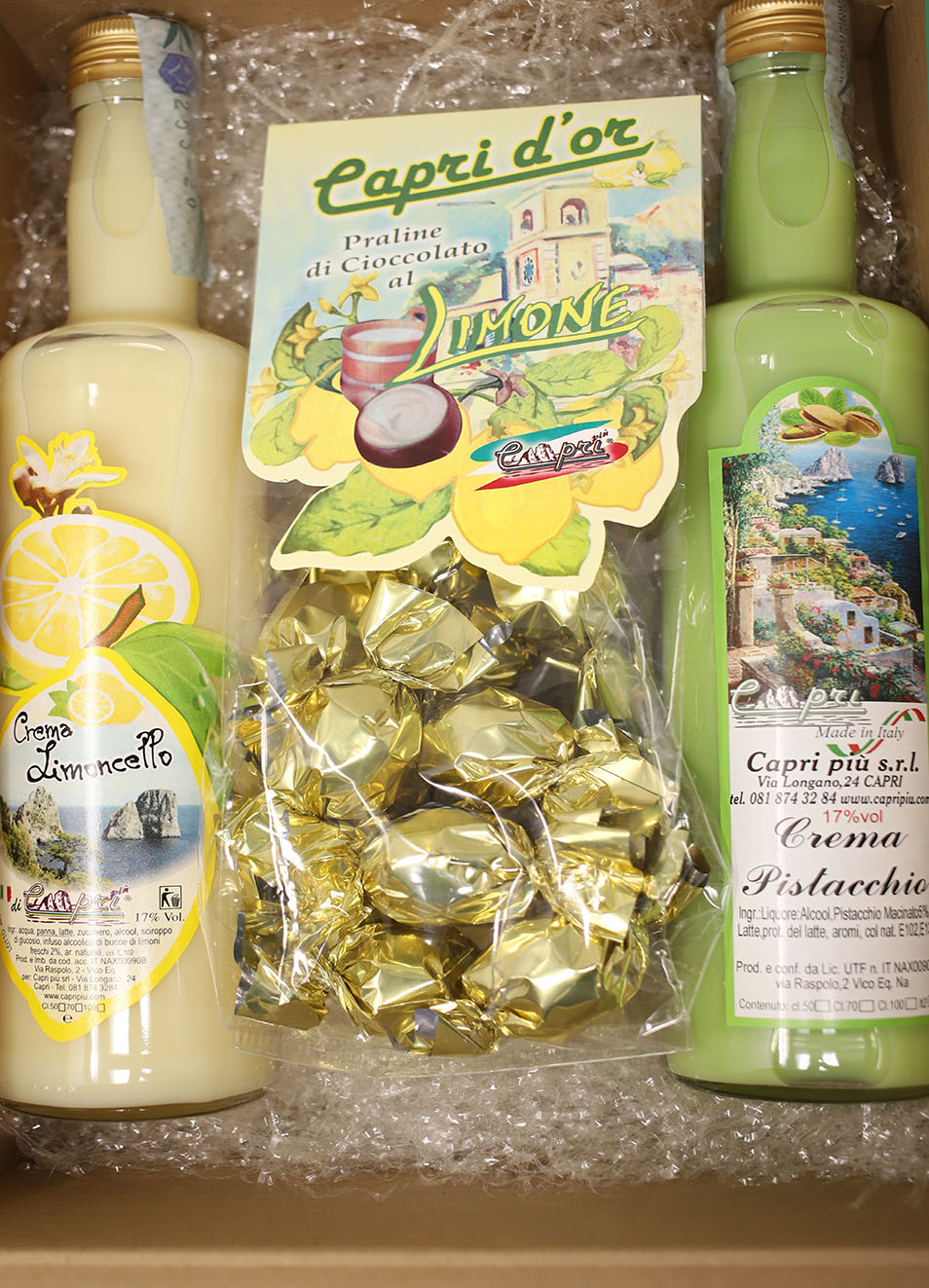 Capri più is located in one of the most beautiful places in southern ITALY, on the island of Capri, called "THE PEARL OF THE MEDITERRANEAN" with a view towards the Gulf of Naples and the Sorrento Peninsula, was born about 30 years ago from the passion for "Limoncello "of the Fandatore
Giuseppe Buonocore, a passion handed down from generation to generation for more than half
century, in fact already in the house of his ancestors it was possible to taste this splendid invention created in the Sorrento and Capri area around 1800/1900 by the local inhabitants and immediately became a liqueur
much appreciated in the world, which has now become an undisputed and inevitable digestive after meals
for most of the citizens of southern ITALY, and then became the reference "NATIONAL" liqueur, a bit like Pasta and Pizza ... Its scent inebriates you and leaves you with all the flavor and freshness of lemons
from our unique and fragrant IGP (Protected Geographical Indication) lands. Mr. Giuseppe Buonocore
wanted to preserve the quality and the ORIGINAL recipe handed down to him by his grandparents like
then, even today it has launched a challenge on the whole world market, fighting the many similar ones
liqueurs wrongly called "Limoncello".

This product can be shipped only in Europe

Quantity:
ADD TO CART
PROCEED WITH THE ORDER BACK TO SHOPPING

Subscribe to our newsletter and get a coupon of 10% off for your firts order! *

*The coupon works after the login ( REGISTRATION)